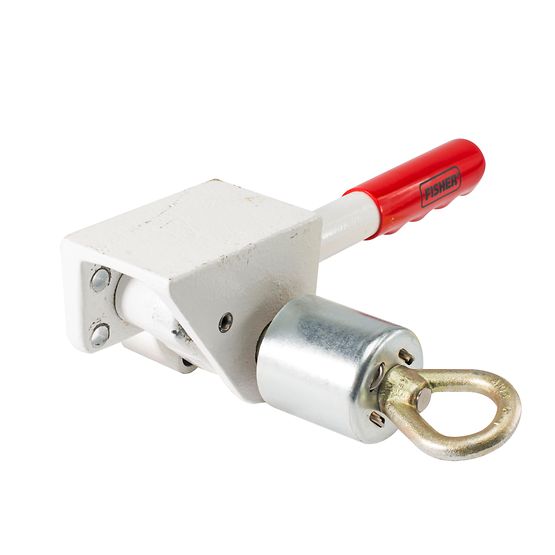 With the exception of the 3-inch/DN 80 flanged sizes, all Fisher™ brand internal valves can be fitted with a manual latch/remote release mechanism. When the internal valves operating lever is manually moved to the open position, the lever can be latched in the open position. The lever can be released from a remote location, thus closing the internal valve. A built-in fusible element in the latch/release melts if exposed to fire allowing the operating lever to return to the closed position.