Askalon was founded in 1973 by Kjell Warnqvist, as Peab Process Instruments and Electro AB.
After renaming it to Peab Process the company is called Askalon AB since 2010.

Ever since 1974 we have been representing Fisher control valves in Sweden, since 2003 in Denmark and since 2010 also in Finland. In 2016 we took over the business from Kunnox Oy in Finland and two years later we bought the valve business, service and sales organization from Erichs Armatur.

Askalon AB is since 1997 run by CEO Mats Warnqvist. 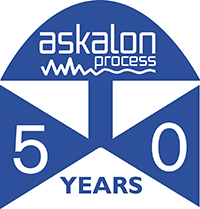