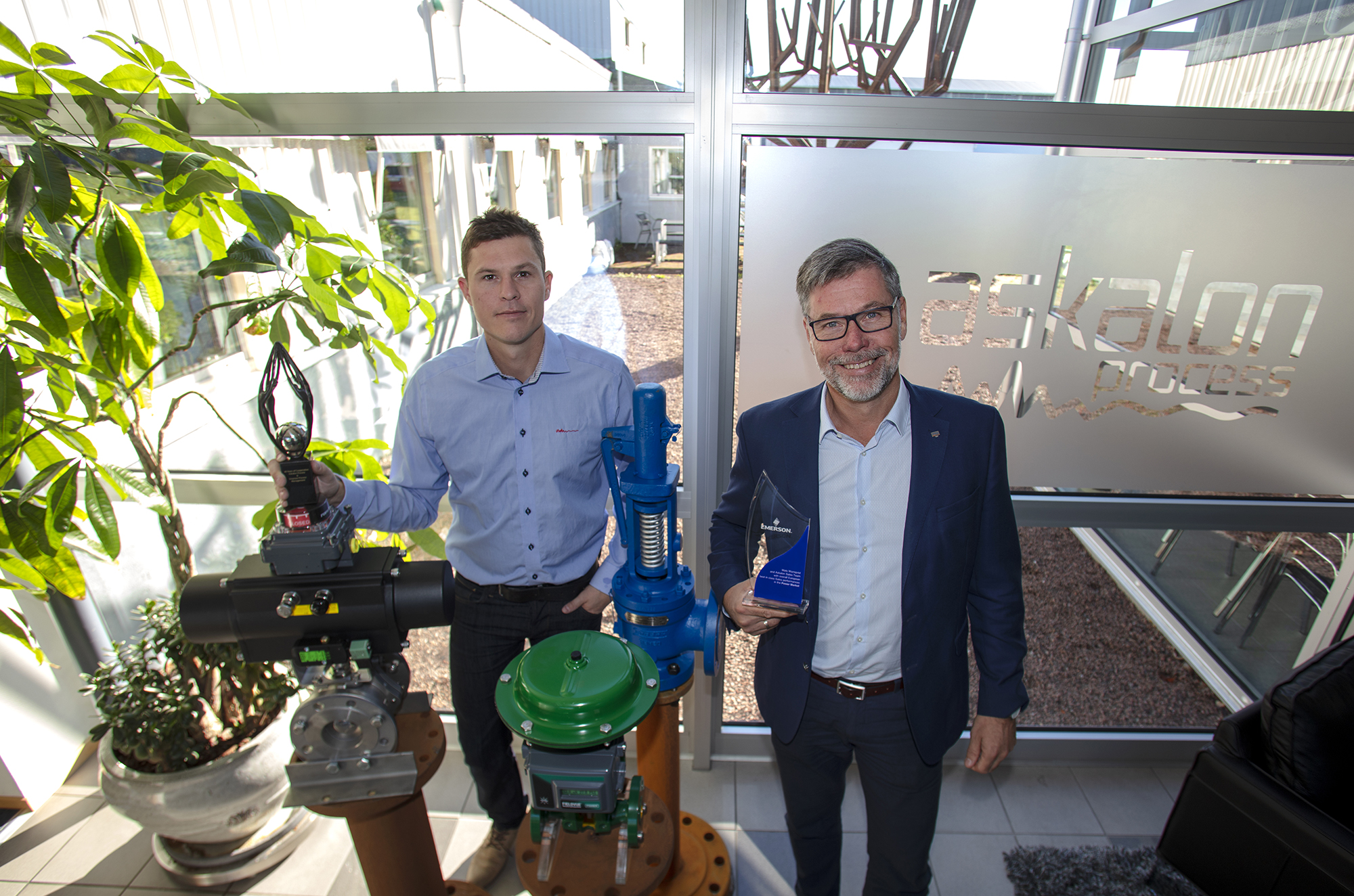 Askalon was founded in 1973, thus celebrating 45 years this year. Over the lpst 15 years, a lot has happened. In 2004, the company had 22 employees and in the same year a branch was opened in Denmark. In 2010, the number of employees was more than double, a branch with a service organization opened in Finland, and it was also the year when the company changed its name - from Peab Process to Askalon AB.

Last year, six people were employed from Emerson to Askalon in Denmark and earlier this year, the valve business was acquired with a sales and service organization with 18 employees from Erich's Armatur in Sweden.

The expansion has continued, and today, Askalon has nearly one hundred of employees in three countries. Order intake has increased by almost 70 percent compared to the same period last year. Among other things, valves and service for the power industry, with power plants and district heating, have contributed to the increase.

- We have a good combination of great Emerson with their quality products and Askalon's flexibility, service and design ability, says CEO Mats Warnqvist.

Last week, Mats and business area developer Niklas Pettersson, visited Emerson in Lisbon, Portugal, for a meeting with salespeople from all over Europe. Askalon's sales efforts were noted and a prize was awarded with the motivation "To Askalon sales team for overall European best in class sales performance in the Power Market". In addition, four success stories were presented, and two of them are Askalon Finland.

- It's nice that the team gets attention for all the work we do. We have undergone a huge expansion while being able to maintain and increase our sales efforts, says Mats Warnqvist.

- This is a receipt that we are doing the right thing.